​​Barry Silbert’s Digital Currency Group (DCG), an investment firm focused on funding early stage companies within the cryptocurrency and blockchain industries, is planning to launch a regulated investment vehicle based on ZCash to introduce the anonymous cryptocurrency to the public market. 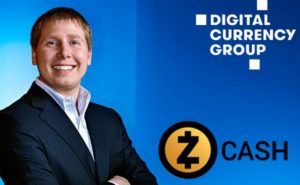 In an online community developed to facilitate discussions between Ethereum Classic developers, users and investors, Silbert announced the possibility of a ZCash Investment Trust being launched by the fourth quarter of 2017.

“Since I keep getting the queson, the next fund that Grayscale will likely launch aer ETC is for ZEC. If we do launch a ZEC fund, it likely won’t be unl Q4 at the earliest.”

​In early 2015, DCG’s child company and trust authority on digital currency invesng Grayscale announced the launch of the world’s first publicly traded bitcoin investment vehicle called Bitcoin Investment Trust (BIT). The introducon and lisng of BIT on the OTCQX market approved by the US Financial Industry Regulatory Authority (FINRA) increased the liquidity of bitcoin for convenonal investors in the public market.

The launch of BIT enabled corporaons, high profile traders and investors to test their chances in bitcoin trading through a highly regulated over‐the‐counter (OTC) market.

Since then, Grayscale and DCG have worked with regulators and digital currency experts to introduce publicly tradeable investment vehicles on top of exisng cryptocurrencies. Following the success of BIT, Grayscale immediately dove into the development of its second product, the Ethereum Investment Trust, to bring more liquidity into the Ethereum Classic exchange market.

“The second product launched by Grayscale Investments, Ethereum (ETC) Investment Trust, allows investors to gain exposure to the price movement of Ethereum Classic through the purchase of a tled security,” the Grayscale team said.

While there exists many reasons why several major companies including Grayscale are supporng Ethereum Classic over the $3.9 billion Ethereum, two main reasons are that the Ethereum Classic development team maintains the original philosophy of Ethereum and its token, ETC, is more of a store of value and digital currency rather than a crypto asset due to its fixed or limited supply

Arvicco, the owner of BitNovos and founder of the Ethereum Classic movement wrote:

“Platform token is a crical part of blockchain system that aligns economic incenves of key stakeholders, users, developers, investors, and miners. Its monezaon makes everything ck and helps to bootstrap the ecosystem. However, it has been shown me and again in economic history that reliable long‐term monezaon is impossible without two key characteriscs; ulity and scarcity.”

If Grayscale successfully launches its Ethereum Investment Trust (EIF), the company plans to move on to ZCash and target investors and traders that are interested in a digital currency which provides an unprecedented level of financial privacy, freedom and anonymity.

Throughout the past few months, ZCash demonstrated a rapid growth in terms of user base, market cap and community support. The introducon of a ZCash Investment Trust to a highly regulated public market will increase the value of the digital currency and spur the interests of convenonal investors.