Bitcoin gets a lot of headlines for the criminal minority that use it for illegal means. The fact of the matter is that for every person who uses it to make committing a crime easier, there are 10 people who use it because it is a better way to do real business. 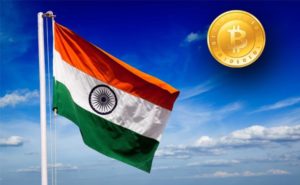 For those who see all of the built-in compromises in an established paradigm, Bitcoin attracts those who see a brighter future, with fewer fees, faster transactions, and more pure value delivered each time. Today, BitConnect looks at the nation of India to see how Bitcoin is progressing in what will one day become the world’s most populated country.

According to MSN, there are approximately one million Bitcoin users or enthusiast in India alone, from all walks of life. People have discovered that it is not a dark, criminal weapon, but a new piece of technology that can help anyone do business better. Mohit Kalra of Delhi had mined Bitcoins since 2010, but had no way to spend them, so he created Coinsecure to exchange them into Indian Rupees easily, trading 9000 Bitcoins each month. In India, there are more women who use Bitcoin than in Western culture, with about 15% of Coinsecure’s business coming from women, mostly over age 30.

“Cash is unwieldy and unsafe,” says Vishal Gupta, creator of SearchTrade, which pays contributors in Bitcoin. “Cheques and credit cards need banks, but banks are incentivised to take risks, so they keep making a mess and get bailed out at the literal cost of the people. (Bitcoin) is operated by the very people who use it, so it offers the accountability and trust that our banks cannot. It also has no geographical boundaries. Unlike a dollar, a dirham or a rupee, a bitcoin has the same value the world over.”

Shubham Nawariya began his business as a Bitcoin broker as a side business while in graduate school for computer science. He now trades full-time, moving about three Bitcoins daily, helping people send value worldwide. Updating people on what Bitcoin is really about is a full-time job.

“I have to keep explaining to people that, in India, no one is interested in buying drugs with bitcoin,” he says, laughing. “It’s for sending money anywhere, in a few minutes, with no leaks, instead of running around between banks the whole day. And, of course, to stash your wealth.”

Bitcoin’s currency technology, including its vaunted blockchain technology, is clearly a cut above the current status quo. If countries like China and India continue to gravitate towards this form of digital currency, with over 2.5 Billion people between them, Bitcoin is really most likely to become “the future of money.”