Central Bankers Swoon Over Market Gains Made by Bitcoin, Look to Emulate

​It has been a matter of years that I have watched establishment stalwarts like the Financial Times castigate and openly mock the peer-to-peer decentralized currency Bitcoin. Now, the chickens have come home to roost, as FT has maybe seen a new editor approve better Bitcoin content and perspective. They definitely have seen a new writer, Jane Wild, provide true insight into Bitcoin’s mainstream market inroads. 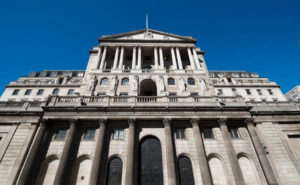 Yesterday, FT’s newest article admitted that Bitcoin has, in effect, won the war of attrition against the banking establishment, as they scramble to catch up. The innovative upstart currency, now referred to as an economic “safe haven” during recent crisis created and exacerbated by these same centralized bankers, is worth north of $11 Billion USD, and the banking establishment wants in on that market they forced into creation by their greed and incompetence.

“If you can’t beat them, join them”

This is actually how Wild started the article. Honestly, this came across as being written by someone who actually owns Bitcoin and has a history with digital currency and its benefits. She reminds readers what I have been saying for over a year, that countries like China, Great Britain, and Australia are working on their own take on Bitcoin. She spoke with sources inside the Bank of England, who did not refute the internal talks of a digital currency future.

“The technology is moving quickly,” says Victoria Cleland, chief cashier of the Bank of England. “A lot of people think central banks are very risk averse, but we are thinking, ‘Are there opportunities to grasp innovation ourselves?”

Bitcoin’s blockchain technology will definitely become a part of virtually every modern national government and banking system in the years to come. A true digital currency is less of a lock, but getting hard to see being ignored, with smartphones and trillions in debt being the main courses on the future’s financial menu. Hard to see this ending up any other way, unless you think like it is still 1966, not 2016, like Dong He.

“We don’t see private currencies having an edge over fiat currencies [those declared by central banks to be legal tender],” says Dong He, who has led research by the International Monetary Fund into digital currencies. “There have been episodes of private currencies competing with government-issued coins and notes but ultimately they were replaced by fiat currency.”

Harvard professor Kenneth Rogoff, who has openly called for cash bans, sees a digital currency future as well, with a few caveats.

Honestly, a national digital currency over a fiat currency has many natural advantages for governments and banks, which I have gone over in detail before. Among them include the ability to tax, debit and track all transactions of all citizens. Imagine an inability for citizens to withdraw money from the banks and/ or the nation? The ability to inflate/debase the national currency even easier than ever before.

It’s literally a treasure trove of unethically managed digital cash coming to a nation near you. A very, very attractive endgame that the governments and banks would love to hit you with. The only real question is the logistics of getting to this end game of true regulatory capture and mass economic surveillance.

A wise individual might want to stick with the original, and not get too many copies of the copy if you know what I mean. It will someday be trotted in like a “Trojan Horse,” but if you think economic problems caused by central banks are bad now, wait until they control every transaction, and the government tracks every transaction. I think that’s another super grid I’d like to live independent of.