Here's What Charles Dow Would Say About Bitcoin Right Now

Again, today, rather than set our sights on anything overtly fundamental, we’re going to take a look at the price and, this time around, be a little bit more cautious. In yesterday’s coverage, we noted that the break of $5,000 that we had seen a couple of hours earlier was likely to draw a huge amount of news media coverage, outside of the normal cryptocurrency coverage space, and that this, in turn, was almost certainly going to bring some speculative volume into Bitcoin. 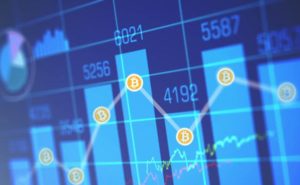 This speculative volume should push price up further and stronger than would be the case if it was only the standard cryptocurrency volume taking control of action.

As it turns out, that’s exactly what happened.

The fact that Bitcoin broke $5,000 is all over the news, with Forbes, Business Insider, CNBC, you name it, covering the break, and currently price sits in and around $5,700.

The important thing to recognize here is that this volume is very much temporarily driven and, just as importantly, it’s far from unique to digital assets like cryptocurrency.

There is a theory called Dow theory first presented at the start of the 20th century by Charles H. Dow and later refined by journalists and economists William Peter Hamilton, Robert Rhea and E. George Schaefer.

Essentially, it breaks down any financial asset trend into three movements and each of these movements involve different participants. They are accumulation, participation and distribution. Accumulation is where people who are in the know pick up the asset in anticipation of value increase. Participation is when members of the public recognize that the asset is increasing in value and buy in an attempt to take advantage of the run. Distribution is where the smarter investors, those that got in first, start to offload their holdings to the later entrants in advance of a correction.

From a long-term perspective, there is a good chance we are still in the accumulation phase for Bitcoin.

From a short-term perspective, however, based on the recent run, we are now entering distribution. This implies a correction near term, so for the shorter-term operators out there, that’s something to think about.