​​BitConnect was among the very first websites online to break the story of Japan legalizing Bitcoin as a national currency last Spring. It was one of our most-read, probably our most-read, articles to date, and for good reason. It was one of the Top 25 stories of last year on Reddit, with tens of thousands of views and shares. Now, it is time for Bitcoin to go legally live in Japan, and the details are coming out on its regulatory limits. Less than good news to report, people. 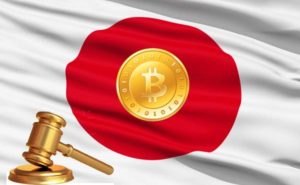 I guess we should start with the regulatory standard, or substandard, for Bitcoin governance which is New York’s BitLicense, started in 2014, revised in 2015, and I have railed about it since Day One. Keeping it short and sweet, if BitLicense’s goal was to keep Bitcoin businesses out of new York state, it was crafted masterfully. After over two years of the books, only three corporations, none of them a small company by any means, have obtained a license.

Circle, Ripple, and Coinbase just got one, two years later. Many critics see BitLicense as purely a way to protect the incumbent legacy banking industry from competition from digital currency industry, and that is how this is playing out. It is several hundreds of thousands of dollars to have the compliance, insurance, and legal strength to fulfill all their requirements. It can be $100k just to apply, after all, costs are considered, according to Bitstamp. This makes it so onerous that mid-size companies like ShapeShift, BitStamp, and LocalBitcoins to not do business in New York at all. Maybe that was the point of BitLicense?

Forgive Japan if they are more than a little gunshy about the world of digital currency, but they do have a right to be skittish. Mt. Gox devolved into the biggest Bitcoin scam in history, happening right in the center of Tokyo, and currently, there are pyramid schemes in the name of falsified digital coins that have cost Japanese investors at least $20 Million worth of Yen, recently. The lowly scammers are doing an excellent job of ruining a great thing for the rest of us. In 2017, the Bitcoin community will have to pay for the mistakes of the few.

Last year, the finer details on how bitcoin and its related businesses would be related were not made public, as they were not hashed out at that time, so all we had was the broad strokes of the legal agreement. Now, with the help of a blog post from Koji Higashi, the Co-Founder of IndieSquare, who is much closer to the situation providing the nations detailed plans, the adoption looks less like an adoption nd more like a sentence, at least if you intend to do any level of Bitcoin business, not so much the investment side

“Contrary to the popular narratives so far,” says Higashi, “I personally have serious doubt about this law being a long term positive for the Japanese community and it may even set a bad precedent for other areas of the world similar to how people in the community were worried about the Bitlicense.”

Why this will slow Bitcoin business growth

These are the reasons he is so pessimistic about the net effect on the Bitcoin community in Japan. Items required to even start a business in this industry include a Submission of a 3-year business plan, a detailed and approved organizational structure, join the government appointed industry association, implementation of an internal training program for compliance and virtual currency management, segregated fund management, frequent reporting to their national authority, external audit KYC/AML requirements, required to gather customer information from all users even for $1 worth of trading. Then we’ll do the paperwork required……

“Overall, just in order to meet all the conditions above and become properly registered,” says Higashi, “it is estimated to cost around $300,000～$500,000 USD equivalent for the applicant(a rough estimation by a few experts that I have talked to). That’s for the initial registration and of course, the cost of staying compliant and submitting more paperwork as it scales can add up to potentially millions of dollars.”

“Only approved virtual currencies by the authority are considered legitimate and can be traded, sold or promoted to the public,” according to the letter of the law.

So, in short, if they haven’t heard of your coin before, you are not getting approved.

And all of these regulations apply to non-custodial businesses, meaning if the company never holds one coin for another person, never has control of another person’s digital currency, but you are in this industry, you will have to jump through all these time-consuming and expensive legal hoops. Sound familiar?

Looks like it is going to do what it is intended to do, for now

In closing, what this level of regulation will do is prevent the legitimate young techie who is looking to innovate from ever getting started. What it will do is coddle the banking establishment, and protect them from a broad-scale attack of potentially dozens of innovative, niche digital currencies. How many bankers, lobbyists and lawyers, who are paid by the establishment, did it take to come up with these regulations? How much input and influence did the digital currency community have in these regulations?

Japan has basically copied New York’s BitLicense and just added their spin on it. BitLicense has made a blueprint for protecting the legacy banking industry from competition, curtailing the innovations the digital currency industry can provide consumers, and removed any testbeds for discovering what these new technologies can and can’t do. If your digital currency, the blockchain, or business model is not overfunded, rock solid, and basically perfected, you will not get clearance in The Land of The Rising Sun. Mission accomplished.

If this can be done in two of the world’s biggest markets, New York and Tokyo, how long before the rest of the world runs down this regulatory choke point? Will this level of regulation force the digital currency ecosystem to evolve and become more stealth, as it can’t comply with this level of restrictions by the agents of the establishment?

Do New York and Japan really think that overregulating this innovation will really stifle new competitors and cut them off, in the long run? Or will they just create a larger black market they can’t control at all in the years to come?

The establishment may win this legal battle they have created, but they may end up losing the war.