BitConnect ❯ Bitcoin News ❯ Litecoin Creator: Fiat is to Gold as Lightning is to Bitcoin

Litecoin Creator: Fiat is to Gold as Lightning is to Bitcoin

Charlie Lee, the creator of Litecoin and former executive at Coinbase, the world’s largest bitcoin brokerage and wallet platform with a market valuation of over $1.6 billion, described the Lightning Network as a cryptographically secured fiat currency-like system deployed on top of the Bitcoin protocol. 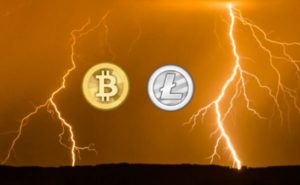 “Fiat is to gold as lightning network is to Bitcoin. Fiat was effectively a layer 2 solution to scaling gold. It was backed and settled to gold until that backing was removed. Unlike fiat though, LN’s settlement to Bitcoin is cryptographically secured and cannot be removed,” said Lee.

Essentially, Lee’s analogy of the relationship between the fiat currency system and gold encapsulates the difficulty of utilizing gold as a currency and a medium of exchange, due to its physical characteristics and attributes. It is extremely inefficient to use gold as a medium of exchange, given that it is not divisible and challenging to transport.

On the contrary, three of the major advantages of bitcoin over gold are its transportability, divisibility, and decentralized nature. As such, unlike fiat and gold, the production of bitcoin and transactions of the cryptocurrency can be tracked on a public blockchain that is accessible to anyone within the network.

Currently, according to Bitcoin Fees, a bitcoin fee prediction platform on Earn.com, the recommended transaction fee for median-size bitcoin transaction is $12.42, or 74,580 satoshis. If the demand for bitcoin and transaction volume of the cryptocurrency continue to increase due to the increase in adoption by investors in the traditional finance industry, without effective scaling through Segregated Witness (SegWit) or on-chain scaling solutions, fees will likely remain high.

Coinbase and Blockchain, two of the largest wallet platforms in the global cryptocurrency market, have announced that SegWit will be integrated by early 2018. According to Ledger, a leading hardware bitcoin wallet development team, SegWit reduces bitcoin transaction fees by more than 35 percent, through transaction size reduction. As SegWit adoption crosses the 50 percent mark and eventually to 100 percent, the fees will decrease to a manageable amount.

“Segwit introduces the concept of block weight which changes the way the transaction size is computed by splitting the signatures in a different area — you can typically save 35% of the fee paid when sending a transaction immediately,” explained the Ledger development team, adding that with SegWit, Lightning Network and other second-layer scaling solutions are possible to integrate.

“Segwit paves the way to multiple Bitcoin scripting optimization (through anti malleability and script versioning) — we’re closely monitoring progress on those different topics to let you use your Ledger Hardware Wallet with those innovations (such as the Lightning Network) as soon as possible,” added the Ledger team.

Still, it would be inefficient and expensive to settle small payments to purchase items, products, or services such as a cup of coffee, which cost less than $10.