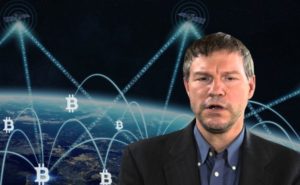 “Our tests show that it is feasible to operate a Bitcoin SPV client using weak signal HF radio.” – @eiaine @ScalingBitcoin

In August, Blockstream, a blockchain and Bitcoin development firm, introduced the Bitcoin satellite technology with a shared vision of eliminating censorship and internet resistance in using Bitcoin as a store of value and a digital currency.

Adam Back, the CEO of Blockstream, stated:

“ Bitcoin is a powerful and transformative internet native digital money that has blazed a trail of disruption, with its full potential yet to unfold. Because it’s permission less, Bitcoin enables anyone to freely create new financial applications and other innovations that use the Blockchain that haven’t been possible before. With more users accessing the Bitcoin Blockchain with the free broadcast from Blockstream Satellite, we expect the global reach to drive more adoption and use cases for Bitcoin, while strengthening the overall robustness of the network.”

Over the past 12 months, an increasing number of governments, authorities, and countries have started to fully regulate Bitcoin as a legitimate currency. Countries like Japan went as far as to declare Bitcoin as a legal currency, encouraging the usage of Bitcoin for payments.

But, inevitably, in the mid-term prior to the global mainstream adoption of Bitcoin, a few countries could attempt to restrict the usage of Bitcoin by imposing restrictions on internet service providers to limit Bitcoin transactions. In such cases, the presence of Szabo’s Bitcoin radio transaction settlement technology and Blockstream’s Bitcoin satellite system would enable users to freely send and receive Bitcoin, circumventing government restrictions with ease.