​We have been following the constant rhetoric and confusion out of Russia on what to do with Bitcoin. One month, they say ban Bitcoin and throw people in jail. The next month, they say Bitcoin will be free to use. It seems the arrow finally fell on Bitcoin freedom and is set to stay that was, according to Russia’s Deputy Minister of Finance, Alexei Moiseyev, in a recent statement to Russian news organization TASS. 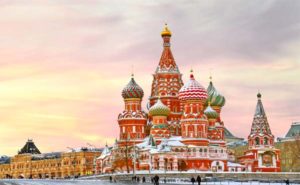 There is still a question about the mining of Bitcoin in Russia, as this has been found to be the creating of a new currency, and thus is prohibited in Russia. The Finance Ministry will defend the right of the Russian central banking system to be the exclusive producer of currency in the country. Users, however, seem to be in the clear for it use domestically, and globally.

“The law is most definitely ready, but we won’t be (launching) it (now), and it will most likely change as the discussion goes on. Now I’m going to have a series of meetings with experts and think twice about what to do. I’d say that considering the development of technology, a direct ban won’t be a really right move,” Moiseyev told TASS.

Russian officials like to recount intelligence where they have been told by others that Bitcoin is used mostly for illegal and illicit purposes, but they provide no details. Moiseyev mentions ‘European officials’ as the source of this information. Yet, the problem is not such that it would prevent Russia from approving its use, so there is some contradiction there. This may be referring to use on the “Deep Web” or “Dark Net,” where a more illicit use of digital currency for illegal means is much more prevalent than on the “surface web.”

“We must restrain scammers as much as possible to use bitcoins in operations related to illegal transactions and money laundering. We see it even in some European official sources that nearly 80 percent of all suspicious transactions related to such things, like (money) laundering and so on, they go through bitcoins.”

Russia’s interest in Bitcoin, from a consumer perspective, has been rising dramatically in recent weeks. Earlier this month, Bitcoin purchases through LocalBitcoins.com reached an all-time high. The Russian government has shown their own interest in someday applying Bitcoin’s blockchain technology for future accounting applications.

“Certainly, we can’t forget about funding terrorism, which immediately stems from that,” Moiseyev says. “We have to maintain the Central Bank’s position as the only issuance center. Generally, everything else (not subject to banning) is welcome, do as you will.”

In September 2015, the head of Sberbank, German Gref, opposed the ban on the use of cryptocurrency in Russia, saying that he owned some Bitcoin himself, and

“It seems to us, as professionals in this part, that this is definitely not something that should be banned,”