2016 has been a year of innovation and new discoveries within the digital currency ecosystem. From Ethereum’s DAO system to the implementation of Segregated Witness, which is going on as we speak, there is always something new in the hopper of this emerging technology industry. Another much-vaunted application is the Lightning Network, designed to make the limitations of only 7 transactions per second within Bitcoin’s protocol a thing of the past. Yesterday, ACINQ announce a successful test of their Flare system using a test version of the Lightning Network. 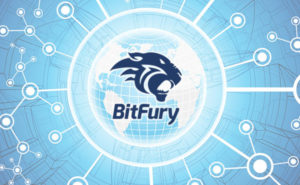 In July 2016, the Bitfury Group released a white paper describing Flare in collaboration with the Lightning Network team, publicizing the specifications for a successful algorithm in order to encourage further academic progress. ACINQ’s team, using the specifications set out in the white paper, coded a payment routing algorithm and tested it with 2,500 AWS nodes. After their tests, ACINQ discovered that the proposed Flare algorithm was able to find a payment route in about .5 seconds with a probability of 80 percent.

“This success exemplifies why The Bitfury Group is committed to research and to supporting the implementation of Lightning Network,” said Valery Vavilov, CEO of The Bitfury Group. This test of Flare, with small modifications made by the ACINQ team, shows that our solution is not only theoretically feasible but successful. We are now one step closer to bringing the Lighting Network into reality and solving the scalability issue of the Bitcoin Blockchain.”

According to ACINQ’s CEO Pierre-Marie Padiou, BitFury’s Flare is very adept at the inherent troubles of routing through the Lightning Network. This was the first real-world simulation, and the test was deemed a success. There are still many steps to go, but now they have something to build on.

“With a live, large-scale network test of Flare, ACINQ has taken the investigation of the algorithm to the next level supplementing our prior simulations. Their live network tests shows that the scheme is indeed workable in practice, bolstering our theoretical investigation,” said Laolu Osuntokun, Lightning Network engineer and co-author of the Flare paper.

The Lightning Network is a promising overlay solution that will enable micropayments and increased transaction processing on the Bitcoin Blockchain. The Lightning Network operates as a network of bidirectional payment channels that transfer value off-blockchain. The network is also designed to be decentralized, eliminating the need for custodial trust. The security of the network is enforced by smart contracts using Bitcoin’s built-in scripting capabilities.

In addition, instead of creating on-blockchain transactions for individual payments, the broadcasting of these transactions is deferred. The Lightning Network can also be deployed on other blockchains, or between blockchains with cross-ledger transactions.