The legitimacy of Bitcoin as an asset has been one of the most hotly debated topics of the last half decade. Numerous operators have chimed in with various opinions and interpretations of just how the virtual currency and the technology that underpins it (blockchain) is going to affect global economics and – as things stand – the general trend is towards positive interpretation, but the overarching sentiment (outside of the community of enthusiasts) seems to be slightly more risk-averse. 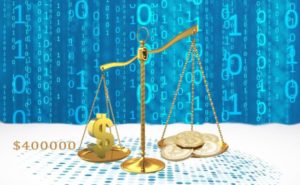 This isn’t a surprise – these sorts of technological and financial revolutions are very much a threat to the more traditional way of doing things and, when things change, people aren’t always happy.

Take a look at the current landscape and there seems to be a solid divide between those forms those against and, interestingly, this divide is very much generational as well as rooted in the area of industry in which the person forming the opinion operates.

Finances, such as Jamie Dimon of J.P. Morgan, have expressed negative opinions. As have many of the more publicly operating finance individuals – Mario Draghi of the ECB, Janet Yellen of the Fed etc.

How nice it is, then, to see somebody that falls well within the above mentioned financier category cross the divide and stand in line with bitcoin enthusiasts.

Yusko is a respected hedge fund manager and to have this auto caliber of individual supporting expected future gains in the big on space is exactly the kind of thing that is going to push prices higher and help establish virtual currency and blockchain technology as a mainstream endeavor.