Ukraine jumps on board the state-run cryptocurrency, and regulation, train

Cryptocurrencies gained more and more momentum in 2017, a fact that governments hadn’t failed to notice. Regulations became the name of the game, with many countries hoping to somehow control the decentralized digital countries and the impact they pose on their economic sectors. 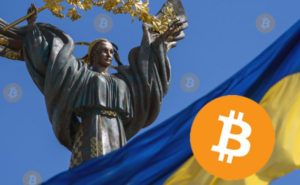 In August last year, the National Bank of Ukraine mentioned that they too would be looking into regulating the industry. The 11th of January saw the next step in this process when the country’s security council announced that a meeting was held discussing regulation plans.

One of the attendees, Oleksandr Turchynov, who is the National Security and Defense Council Secretary, stated that the discussion “considered a complex of problems related to the uncontrolled circulation of cryptocurrencies” in the country.

“Given the rapid development of cryptocurrencies in the world, this issue cannot be left out of the state’s attention.”

A group consisting of financial experts and regulators will develop regulation proposals through their knowledge of the crypto industry, will monitor digital currency transactions and will also consider the tax implications of trading in cryptocurrency.

The statement issued by the security council went to state:

“Moreover, the authorities were assigned to develop a mechanism for ensuring access of law enforcement bodies to the data of cryptocurrency exchanges, with the obligation of the given subjects to store information about all transactions within the period, established by law for financial institutions, and disclosure of customer information on a motivated request.”

“The development and implementation of all these measures will also include boosting international cooperation to establish a comprehensive regulation of the cryptocurrencies’ circulation, and to avoid the criminalization of this segment.”

It seems as if the country is not only making regulation plans though. Ukraine is also considering creating its own cryptocurrency. The statement also said:

“The National Bank of Ukraine is considering the relevance of establishing its own cryptocurrency.”

In addition to an increase in regulation considerations, last year saw many countries looking into the development of their own state-controlled virtual currencies. In this way, these countries would be part of the digital currency revolution, without having to deal with the disruptive nature of decentralized cryptocurrencies.

Russia has voiced its plans to create the CryptoRuble, Venezuela is in the process of issuing its Petro, Israel hopes to produce a digital shekel and Sweden has previously considered developing the e-krona.