US Government is Eliminating Tax For Small Bitcoin Transactions, Expect Boost in Adoption

According to various sources including Fortune, the US government is planning on eliminating tax for bitcoin transactions worth less than $600. 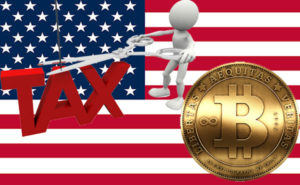 Representatives Jared Polis and David Schweikert, who deemed the imposition of capital tax on every bitcoin transaction inefficient and impractical, introduced a bipartisan bill entitled “The CryptoCurrency Fairness Act” in the House of Representatives to provide a more transparent and fair ecosystem for both cryptocurrency users and businesses.

If approved, the bill would encourage the Congress to eliminate taxation on all bitcoin transactions, moving one small step closer towards acknowledging and adopting bitcoin as a currency. More to that, it would alleviate pressure set by the US Internal Revenue Service (IRS) on bitcoin and cryptocurrency businesses like Coinbase.

Previously, Coinbase CEO Brian Armstrong revealed in a statement that the company was requested to comply with an unreasonable John Doe Summons, demanding the company to forfeit sensitive personal and financial information of millions of its users. As a response, Armstrong told the firm’s investors and clients that Coinbase will continue its resistance against impractical tax policies on bitcoin, even if it meant millions of dollars in legal costs for the company.

“We will likely incur a legal cost of between $100,000 and $1,000,000 in the process of defending our customers from this overly broad subpoena; funds which could be put to better use building innovative products or hiring more employees. This heavy handed approach by the IRS punishes one of the good guys,” said Armstrong.

Because the newly introduced cryptocurrency tax bill eliminates tax on small bitcoin transaction given the premise that bitcoin is a digital currency, not solely a safe haven asset and a long-term investment tool, it will also likely trigger a demand toward bitcoin as an efficient and robust settlement network. An increasing number of users will begin to utilize bitcoin as a currency, since the timeframe of the tax bill introduction coincides with a drastic decrease in bitcoin transaction fees.

Fortune further reported that the bill would encourage the US government to treat bitcoin and other cryptocurrencies as foreign currencies like the Chinese yuan and the Japanese yen. In terms of international transactions and remittances, the bill would in fact acknowledge bitcoin as a legitimate and regulated currency.

Still, for large scale transactions, the government and the IRS aims to request capital and income taxes. But, instead of vague and impractical taxation requirements, the bill requests the US Treasury to release proper guidelines on bitcoin taxation for cryptocurrency users and businesses.

“This bill was just introduced so I don’t think the strategy for its passage is very far along. But its promising to see that this bill is bipartisan, shouldn’t be controversial, and fits with the majority’s top priority for the year, which is tax reform.”