Vinny Lingham, the CEO of CivicKey and a prominent bitcoin investor, believes security breaches of massive centralized databases such as Equifax are inevitable. In a statement, Lingham explained that only the decentralization of personal identity through bitcoin and other blockchain-based networks such as Ethereum can prevent the theft of sensitive data. 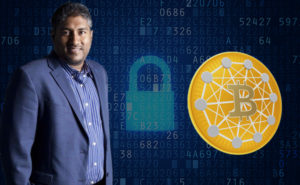 Over the past eight years, public blockchain networks such as bitcoin, Ethereum and Litecoin have not experienced a single security breach or successful hacking attacks. Because public blockchain networks are encrypted and decentralized, even with highly sophisticated technologies, hackers cannot break into a network that are not possible to targe“Hacks of centralized databases (Equifax) are inevitable. Decentralization of personal identity information storage is the only way forward,” said Lingham.

Specifically, in the case of Equifax and previous large-scale security breaches such as the 2016 Ashley Madison hack, hackers can gain access to specific servers and databases that support the platforms and information of companies. With sufficient information and advanced methods,hackers can very possibly gain access to centralized servers of Equifax if they are successful in tracing their location.

Upon announcing its recent security breach that led to the loss of hundreds of millions of users’ personal information, Equifax CEO Richard Smith wrote:

“I’ve told our entire team that our goal can’t be simply to fix the problem and move on. Confronting cyber security risks is a daily fight. While we’ve made significant investments in data security, we recognize we must do more. And we will.”

But, with centralized databases and servers, massive investments and integration of sophisticated security measures will still highly likely lead to security breaches.

With bitcoin and other public blockchain networks, the abovementioned targeted hacking attack is simply not possible because blockchain networks in general are decentralized. Hackers cannot target a decentralized group or ecosystem of computers, servers and nodes. If they attempt to do so, they will have to gain access to over 50 percent of the global bitcoin mining hashrate, which is virtually impossible given the magnitude of the bitcoin and Ethereum mining ecosystems.

Rapid increase in the adoption of bitcoin, Ethereum and blockchain technology is spurring the demand for non-backdoorable and immutable networks, databases, servers and applications. Ethereum is currently operating as an infrastructure for decentralized applications, which can be used by large-scale information technology conglomerates like Equifax and Microsoft to automate many of its operations.

As more high profile security breaches and successful hacking attacks emerge in the upcoming years, an increasing number of companies will look into the possibility of using bitcoin and blockchain technology to store, manage and facilitate the settlement of data.

Already, companies like RSK Labs are developing smart contract tools on top of the bitcoin protocol, maximizing the advantages of bitcoin as the most secure and robust blockchain network in the market. The Ethereum Foundation led by Ethereum co-founder Vitalik Buterin is also cooperating with conglomerates such as Microsoft and JPMorgan through its Enterprise Ethereum Alliance consortium to better handle sensitive financial and personal information.