As word of Bitstamp’s approval in the European Union breaks, Bitcoin itself may be scaling even higher fences in Japan. Bitcoin has certainly had a checkered past in “The Land of The Rising Sun,” but has been making great strides to rebound over the past two years. Now, it appears that Bitcoin and the world of digital currency have officially been accepted as “having a function similar to money” within the island country. 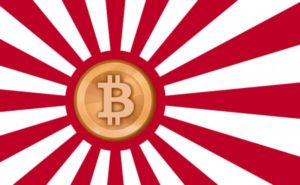 A Japanese roller coaster of acceptance

Japan Officially Recognizes Bitcoin and Digital Currencies as MoneyAccording to the Japan Times, the Japanese Cabinet has officially approved a set of bills that will help the integration of digital currency into the legacy banking system through regulation. As we at BitConnect.co have previously reported, this legislation has been in the works for several weeks. The recent announcement formally makes what was already considered a forgone conclusion official.

New Japanese regulations will require Bitcoin exchanges to adopt established KYC/AML standards used in other nations. Banks will be able to enter the burgeoning “Fintech” industry for future gains and asset management. Preventing new forms of money laundering through Bitcoin and maintaining consumer protection will also be goals in 2016.

Bitcoin has had a long and stressful history in Japan. The ill-fated Mt. Gox, led by Mark Karpeles, was the world’s leading Bitcoin exchange throughout 2012 and 2013. After rumors of fraud, mismanagement and embezzlement circulated within the Bitcoin community for months, Mt. Gox collapsed in February of 2014. This had dire ramifications for Bitcoin values, and Japanese interest of trust of Bitcoin, throughout 2014. Many Japanese mainstream media outlets reported Bitcoin collapsed with Mt. Gox, and locally they were considered one and the same.

Yet, over the past year, innovative new exchanges like Coincheck have reignited the market, gaining over 1000 merchants and billions of Yen in consumer investment each month. The struggling Japanese economy also may be a factor in this national regulatory approval as the country does not want to potentially miss out on the job and economic gains made by the burgeoning “Fintech” industry worldwide. These new bills will allow banks to consolidate their fund and system management more easily after realignment, as well as improve their business efficiency.

Bitcoin exchanges, like Coincheck, will be required to register with the Financial Services Agency as a regulatory commission. Payments can be made digitally, without the need for conversion to fiat currency. This implies that in the near future Bitcoins will become commonly accepted forms of payments by banks and major corporations or utility providers.