BitConnect ❯ Bitcoin News ❯ How Many People Hold All The World’s Bitcoins?

How Many People Hold All The World’s Bitcoins?

Today, let’s look at a fun, kind of competitive economic scoreboard for the global Bitcoin community. Wouldn’t it be interesting to discover who own the most Bitcoin in the world? Or how many people are in the Bitcoin universe? Of where you rank in the pantheon of Bitcoin ownership? Well, today we’ll take you as far as we can with the latest quantitative breakdown of where the wealth in the Bitcoin community currently resides. Read on, if you really are that nosy. 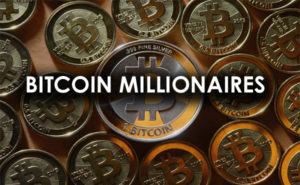 For the Busybody in You

It’s really none of your business who owns how many Bitcoins. Estimates range for how many people use Bitcoin goes from 2-4 million by Andreas Antonopoulos on “The Joe Rogan Experience” last week, to as many as 15 millon by wiki.Bitcoin.com. The only justification is that we are in “The Information Age,” wherethe world’s secrets are not at our fingertips to download, share and pass judgement on. This can be good or bad news, depending upon your perspective.

When it comes to the Bitcoin community, these answers to our invasive questions are much harder to come by. Unless you are a hacker or government, you probably will never take the Bitcoin blockchain and deconstruct transactions to tie the release of funds to an exchange or bank account. One of the greatest benefits of Bitcoin is that your identity is not tied to a Bitcoin transcation, protecting you from a prying eye.

What can be gleaned from the public blockchain, with the help of site like lawnmower.io and bitcoinprivacy.net, is where Bicoin wealth is distributed based on addresses and volumes kept in these addresses.

This chart is taking all the known, trackable information from some of the top Bitcoin wallets in world (although probably does not have good coverage of the Chinese market, and is Western-based). It does not account for the almost $10 Billion in overall market cap value of all the Bitcoins in circulation, but is a nice thumbnail to use for the larger market.

In this study, the vast majority of Bitcoin addresses have virtually no Bitcoin in them. The chart above accounts for almost 16.5 million Bitcoin addresses (16,493,488 to be exact,) This probably does not account for every Bitcoin wallet holding Bitcoin in the world (I’m sure the “brain wallet” population didn’t make it into this group,) but is a pretty good forecast of the greater community.

To try and figure out a Bitcoin community population from this would be pure speculation. Many of the millions of addresses are “zombies,” where the keys were lost after construction. There could be many joint ownership accounts, as well.

The addresses that have no value may still be active, and cash out their Bitcoins to pay bills almost immediately upomn reciept, or are discarded for a new address after a one-time use. I know I go through new addreses on most of my deposits, as many current Bitcoin wallets provide a new address so all your funds can’t be traced to one main address, for security.

Another key tidbit the Bitcoin Privacy site revealed is that the top 1000 Bitcoin addresses in Bitcoin wealth have more than 1/3 all ofthe Bitcoins in circulation. That is 5,783,238 BTC in just 1000 addresses.

The top address for Bitcoin volume, according to this study, has 134,955.82 BTC. This is worth over $82,100,000 USD. That is a lot of Bitcoin to hold in one address. They must be very sure of their security, which means these Bitcoins should be offline.

As far as who is a Bitcoin millionaire, we may never know who is legit and who is full of smoke, but whoever they are, they are most likely spreading their wealth amongst a variety of wallets. You can never be too careful in the Bitcoin community.