​Ubitquity, a US-based blockchain startup, successfully completed a pilot test with one of the land records bureaus of Brazil. The company utilized its private blockchain platform launched on top of the public Bitcoin blockchain to secure, record and track properties in Brazil. 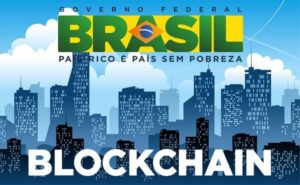 Large-scale bitcoin companies, exchanges and service providers including Coinbase, BitGo and BTCC operate their own private blockchains to settle and process transactions instantaneously. Once these transactions are settled on their private blockchain networks, they are broadcasted to the public Bitcoin blockchain for final confirmation and verification.

Recently, the startup partnered with a Cartório de Registro de Imóveis (Real Estate Registry Office) in Brazil that is sanctioned by the Brazilian government to test the applicability of Ubitquity’s Bitcoin-based SaaS platform in recording, storing and tracking real estate records.

Ubitquity Founder & President, Nathan Wosnack, revealed that the first pilot test with a real estate registry office in Brazil was a success and it demonstrated the advantages of using blockchain technology to secure real estate data. He noted that the immutability and accuracy of blockchain record keeping will allow real estate registry offices in Brazil to maintain a secure database of land records with lower operating costs and manual labor in the near future.

“We are incredibly excited to announce our partnership with the land records bureau, a Cartório de Registro de Imóveis [Real Estate Registry Office] in Brazil. This partnership will help to demonstrate to government municipalities the power and benefits of using blockchain-powered recordkeeping.”

More importantly, transactions are transparent within the Bitcoin network because anyone can access data embedded to a transaction by using the public Bitcoin blockchain in real time. The unprecedented level of transparency of Bitcoin transactions enable every party involved in the settlement of the property to track and verify ownership records.

“Keeping property records — one of the most important documents a person holds — on the blockchain is important in developing markets such as Brazil,” Ubitquity’s Wosnack continued. “The blockchain allows ownership and title disputes to be handled in a fair and transparent fashion, and serves as a backup in case the original is destroyed or misplaced,” Wosnack added.

Although Ubitquity secured a partnership with one of many land records bureaus in Brazil, the startup aims to target other bureaus in different regions to replace existing infrastructure with a Bitcoin-based land registry platform.