When you think of a national social security system, you naturally tend to think of old people getting their consistent old check in the mail, or maybe even direct deposited into a bank account. Well, China is ready to help the nation’s elderly population enter the 21st century with the help of blockchain technology, with the help of global banking giant UBS. China has just announced that their national system will migrate to its own blockchain. 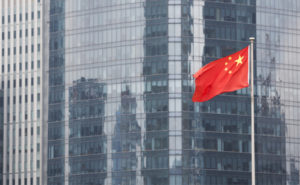 Banks and even nations are building blockchains almost daily

The first time I had heard of a national system of any kind being integrated with blockchain technology was at the end of 2015, as I reported on the African country of Tunisia creating a digital blockchain for their national currency.

Suffice it to say that the massive scale of China’s national Social Security Fund dwarfs anything Tunisia can do. China’s SSF system had a value of about 1.9 trillion yuan (almost $250 Billion USD) when Tunisia began their digital revolution several months ago.

“There’s no doubt that blockchain technology will be used in the social security system because of its valuable applications in the investment and management of social security funds,” said Wang Zhongmin, vice-chairman of China’s National Council for Social Security Fund to China Daily.

China has discussed creating their own digital currency already with other financial stalwarts like Citibank and Deloitte earlier this year. Some of the uninformed dismissed this, but these new moves only confirm how quickly China is looking to add innovative new technologies to their financial future. Major players in the Chinese Bitcoin market have said China will move to a digital currency in the not-to-ditant future. No timetable was given for the complete changeover, but it is close enough to announce, publicly.

“To realize the full potential of blockchains, we will above all need to collaborate on a common platform. We think it is essential that the industry avoids a standards war of the type that has bedeviled the adoption of new technologies in the past,” said Axel Lehmann, chief operating officer for UBS Group.

It also appears that China has been actively testing blockchain technology for some time. The China Ledger Alliance is a non-commercial organization currently working with 15 different companies in technology and finance to integrate and adapt blockchain technology for real-world applications. They are also creating a recognized set of standards for domestic industries going forward. As more information becomes available, BitConnect will keep you informed.