BitConnect ❯ Bitcoin News ❯ Is Bitcoin Destined to be Worth $1 Million USD? Experts Weigh In

Is Bitcoin Destined to be Worth $1 Million USD? Experts Weigh In

The world of Bitcoin is still a very, very small fish in a huge ocean of global financial services. It is so small that no whales have really even bothered to really manipulate the market since the epic bubble that was Mt. Gox’s demise three years ago. However, it is always fun to dream about what a little Bitcoin could one day become. Could it be one day worth one million USD? 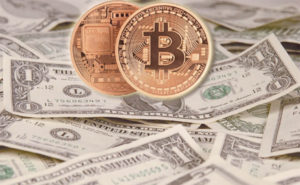 This actually started with a Business Insider article by Henry Blodget, who got caught up in the bubble that was Mt. Gox at the time. At the time of his November 2013 article, Bitcoin had reached a new all-time high of $340 USD on its way past $1100 USD later that month. He used the $1 Million dollar number as clickbait (as I am not above doing), only to hedge his bet and say Bitcoin could also be worth $0. He wasn’t willing to take a stand on Bitcoin, but hey, it got him over 100,000 views.

Today, after Bitcoin has matured some and added many features and investment capital, where do we stand on that potential vision? A few leaders in the Bitcoin community and investment have weighed in. Let’s start with Wences Casares, the CEO of bitcoin service provider XAPO, who said at TechCrunch 2015 and the bitcoin.com forum:

“I think that there is a higher than 50 percent chance that a bitcoin is worth more than a million dollars. It is hard to estimate how many people on bitcoins, but it may be somewhere between 13 and 15 million people right now. If Bitcoin is successful we will see hundreds of millions of people own Bitcoin and, eventually, billions.”

“The only way we can get to billions of people owning Bitcoin is by the price going up by several orders of magnitude, let’s say $1 million. So, if I am right, and Bitcoin has to go from $390 to $1,000,000 the best way for it to get there without crashing irreversibly is with as much volatility as possible.”

Financial analyst Rick Falkvinge, a frequent guest on Max Keiser’s “The Keiser Report” on Russia Today shares Max’s enthusiasm about Bitcoin’s potential future value (Max Kaiser also believes this value may be in the cards for Bitcoin one day). If Bitcoin takes as much as 10% of the transactional currency market:

“This leads us to a target market cap of 600 billion to 6 trillion USD, to be fulfilled by about 6 million bitcoin, which makes for easy calculations. That means that each bitcoin would be worth $100,000 at the low market cap and $1,000,000 at the high market cap.”

Trace Mayer has used his RunToGold.com website to also sing the praises of Bitcoin, and refer Gold and Silver investors to the digital currency. He believes that Bitcoin’s long-term value should exceed $1 million USDand may be closer to $3 million USD

It’s all just pie-in-the-sky speculation, but the real question may be what will a USD be worth in the future? It has lost about 97% of its value since the Federal Reserve Act of 1913. China and Russia would love to see the U.S. Dollar lose its global reserve currency status in the near future, causing its value and demand to plummet almost overnight.

With Bitcoin proving itself to be one of the world’s top economic safe havens, I see no reason to doubt the future value of Bitcoin. However, in the future, a million dollars really won’t be a million dollars. We may be valuing Bitcoins against an ounce of gold sooner than you think.