​​Is 2017 the year the Bitcoin actually gains mainstream acceptance? Every new technology, whether it is the airplane, the automobile or the Internet itself, goes through an adoption curve, and Bitcoin seems like it is approaching a new threshold. Now, regulators are making laws around it, and major players are actually complimenting it, publicly, for its innovation and capabilities. 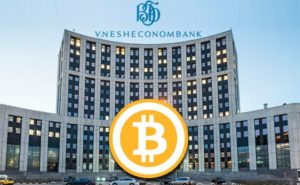 In Russia, this has just taken place as an executive at a major state-linked bank has come out with a rather ringing endorsement of Bitcoin and its stellar history as a secure platform. Vice-president of Russian state bank “Vnesheconombank” Nikita Smirnov told the Kommersant Russian newspaper the following:

“Bitcoin (is) a new kind of philosophical concept,” the loosely translated quote says. “It can be compared with the bacterium, which exists separately from the man and went to a man in symbiosis. A Bitcoin in a sense positive bacterium that meets the specific needs of people, involves the most people in the process and give yourself a chance to exist. It really is a new philosophical concept, which until the end is not yet understood.”

This is no small endorsement, as Vnesheconombank (VEB) is a Russian state corporation that is a former Soviet bank. Established for almost one hundred years, since 1922, the government of Russia uses VEB to support and develop the Russian economy and to manage Russian state debts and pension funds.

“Bitcoin (is) the only technology that has been successfully operating today”. “Bitcoin – the world’s only technology, which is widely used, which has existed for several years, it (has never) broke (once). Therefore, if we now ask whether there is another algorithm that established the reliability of distributed consensus, then it probably is not. If we talk about the current situation, it is really the only blockchain that we have success, it is Bitcoin,” he added.

Here at BitConnect, we have covered the fact that there are much larger blockchains than Bitcoin, but none have the extensive history of financial security, worldwide that the world’s first blockchain has. As blockchain technology becomes more and more mainstream, this only legitimizes Bitcoin even further into the future.

Russia has had a checkered past with Bitcoin and its acceptance into their market, but the country seems to slowly be making peace with the fact that Bitcoin is not evil and is not going anywhere. Russian authorities have also seen many ways to benefit from its blockchain technology for future government uses.